Definitely charm and functionality come together in the ETH Rioja Hotel. You can also visit the wineries, fields and the wines that have given name to this land. And visit the surrounding cities, just 95 kilometers is Bilbao, 50 Valdezcaray, 49 separated from Logroño, Vitoria 44 and only 19 of Miranda.

La Rioja, land with name came, as it is known, has much to offer those who decide to visit. Through the territories that make up the community, find experiences, flavors, landscapes, leisure and culture. 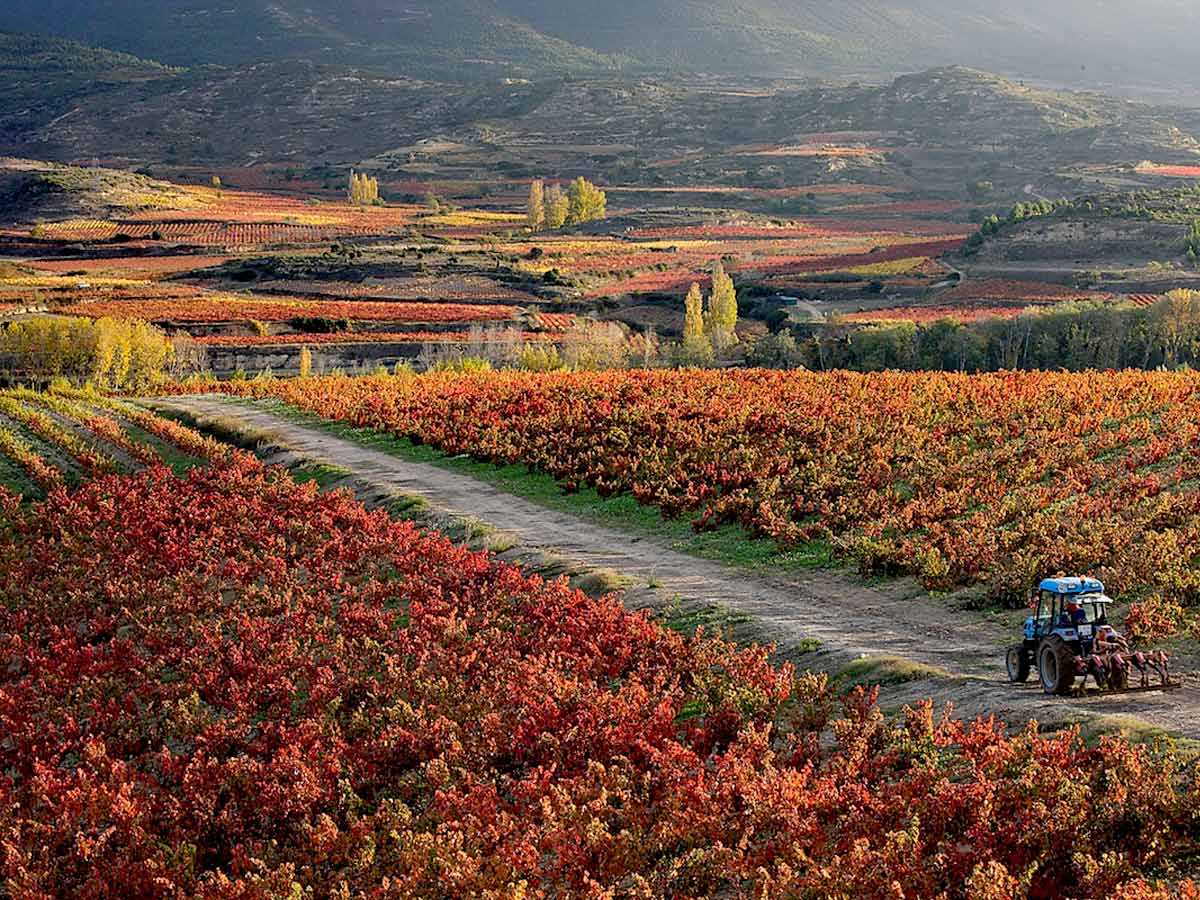 Natural areas of the Natura 2000 Network and Special Protection Areas for Birds, trails and recreational areas. A whole natural and beautiful landscape, as well as varied, among vineyards, mountains, streams, rivers and forests, curiosities and routes at your fingertips. We highlight some of these spaces:

Montes Obarenes-Sierra de Toloño, extension of the Sierra de Cantabria irrigated by the river Ebro, land of wines, which leaves La Rioja on its right bank.

Sierras de la Demanda and Urbión, home to the highest peak in the whole of La Rioja (San Lorenzo - 2,260 metres), a natural border with the provinces of Burgos and Soria, now in Castile and León. The routes through this territory will lead visitors to discover lagoons, such as Urbión; waterfalls featuring the river Oja, in Llano de la Casa; or beech and oak woods in the area around Ezcaray.

Sierra Cebollera Natural Park. A territory of some 23,600 hectares of intense nature located in the region of Camero Nuevo, between the municipalities of Villoslada and Lumbreras de Cameros. In the Interpretation Center of the Park you can find all the information about the area, routes and characteristics.

Valleys of the lower Rioja in the southwest region where you can discover the ancient environment of the dinosaurs that inhabited the area, the valleys through which the Cidacos River flows and the thermal waters of Arnedillo where you can take a bath and, who knows, recover from some ailment.

Natural Reserve of the Sotos del Ebro, authentic kingdom of the storks. Meanwhile, some of the most outstanding heritage elements of La Rioja, such as the Collegiate Church of San Miguel.

The Ocón Valley, declared a World Biosphere Reserve by UNESCO. In addition to the natural heritage that has earned it this title, the region is dominated by the history and cultural and archaeological heritage of the Ocón area.

La Rioja Biosphere Reserve, a figure of protection since 2003 in the Rioja community with the aim of maintaining both natural and cultural values, i.e., man and nature, their way of life and their preservation. A total of 40 municipalities are included in this category, with landscapes as surprising as that of the Garganta del Leza. Established routes, itineraries and trails for walking or cycling from Turismo La Rioja